“Right from the first play through of this album I was gripped by the music… A surprisingly rich, varied and memorable score.” (Review Graveyard)

MovieScore Media feels the chill of winter with a release of Hans Lundgren’s score for the Swedish action thriller Operation Ragnarok. Written and directed by Fredrik Hiller, whose 2010 horror film Psalm 21 had its score by Christer Christensson released by MovieScore Media’s Screamworks label, Operation Ragnarok chronicles the life of a small town in the southern part of Sweden where tensions grow between the locals and immigrants. When a submarine carrying a strange plague enters the town, the local police officers get infected by a strange virus. Now that the town gets isolated by the Swedish army, it’s up to the survivors, both local natives and  immigrants, to join forces against the infected.

“This has been a project many years in the making,” recalls Hans Lundgren. “ I started composing themes and ideas to this film after reading the script way back in 2012. When I and the director Fredrik Hiller first met we talked about our personal inspirations and influences, and found common ground in the style of Hans Zimmer, and even though there are monsters and horror represented in the film, he wanted the score to feel more action then horror. So my ambition then was to create a dynamic and action packed score, with moments of love, horror, and mystery, both epic and intimate in scale. I also wanted to mix orchestra, choir, and synths. At the heart of the story, between monsters, gun fire, and explosions, we have a theme about xenophobia, the fear and distrust of that which is perceived to be foreign or strange. I can only hope that the music is there to help tell that story.”

Swedish composer Hans Lundgren has already proven himself in a wide variety of genres. Following a prolific career in the field of short films, his more recent feature credits include the internationally co-produced romantic drama Night Falls in India (2014), the youth horror Room 213 (2017) and the popular Swedish series Portkod 1321 (2012) as well as its sequel Portkod 1525 (2014). 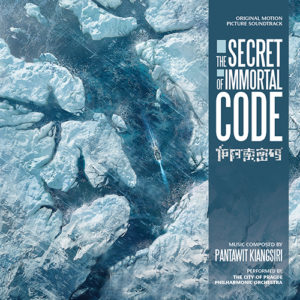